Why Should You Mine Burst Coin? 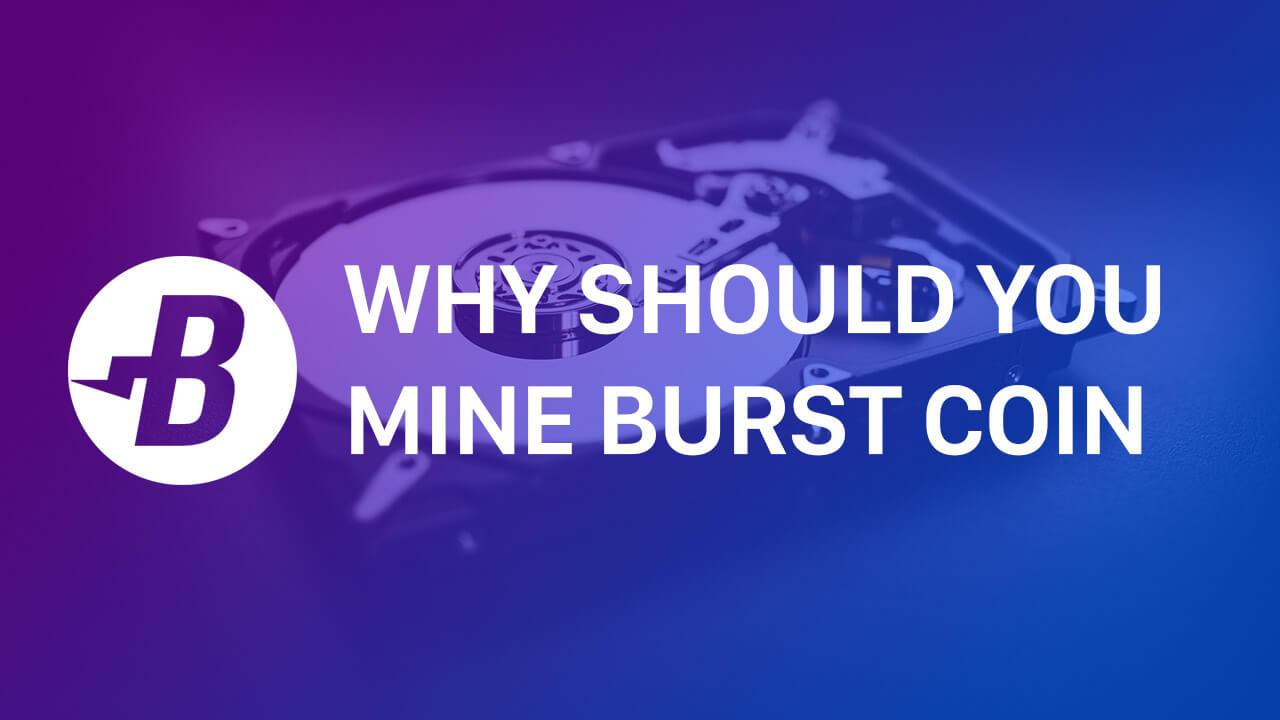 I admit that I missed the BitCoin train and I didn’t get interested in Cryptocurrency until after December of 2017, when it skyrocketed to nearly $19,000 in December of 2017.

I kept hearing about Bitcoin everywhere. It even made an apprearance on my favorite sit-com 'The Big Bang Theory'. 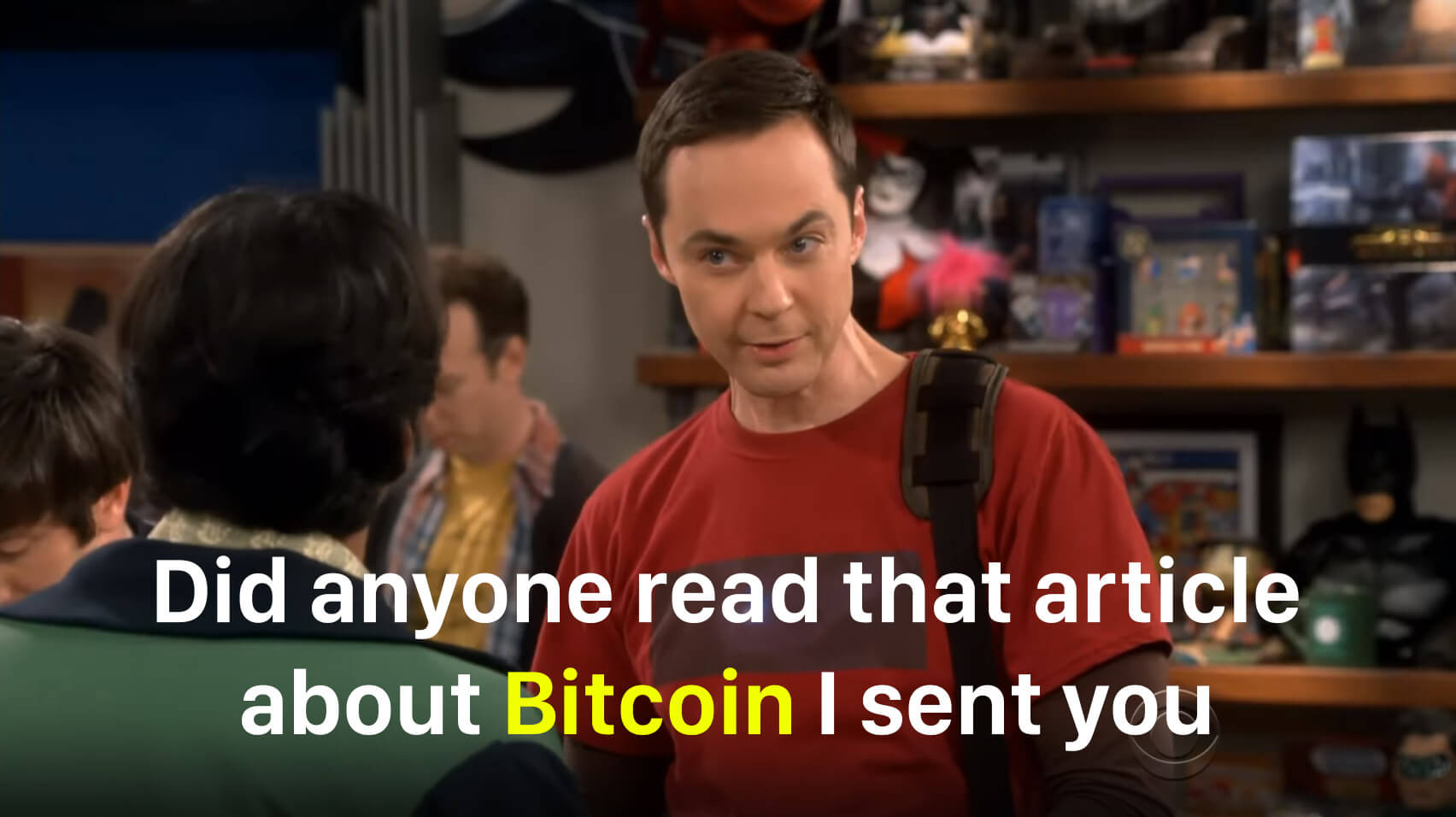 I invested in a few Alt Coins and made a little profit, but I couldn’t help but wish I had gotten into the game sooner. I even thought about mining Bitcoin, but after talking with many people and doing more research I discovered that it would take a long time, if ever, to pay me back for my efforts. Now that so many people are mining it has gotten extremely competitive. There are even server farms, backed by companies, that are mining Bitcoin.

After doing a quick Google search on other ways to mine Cryptocurrencies, I stumbled upon Burst Coin. Burst Coin claims to be The Green Cryptocurrency because of the small energy consumption and time it requires to mine. Instead of using high energy consuming GPU/CPU power to solve the BlockChain transaction algorithm, BurstCoin uses available Hard Drive space! 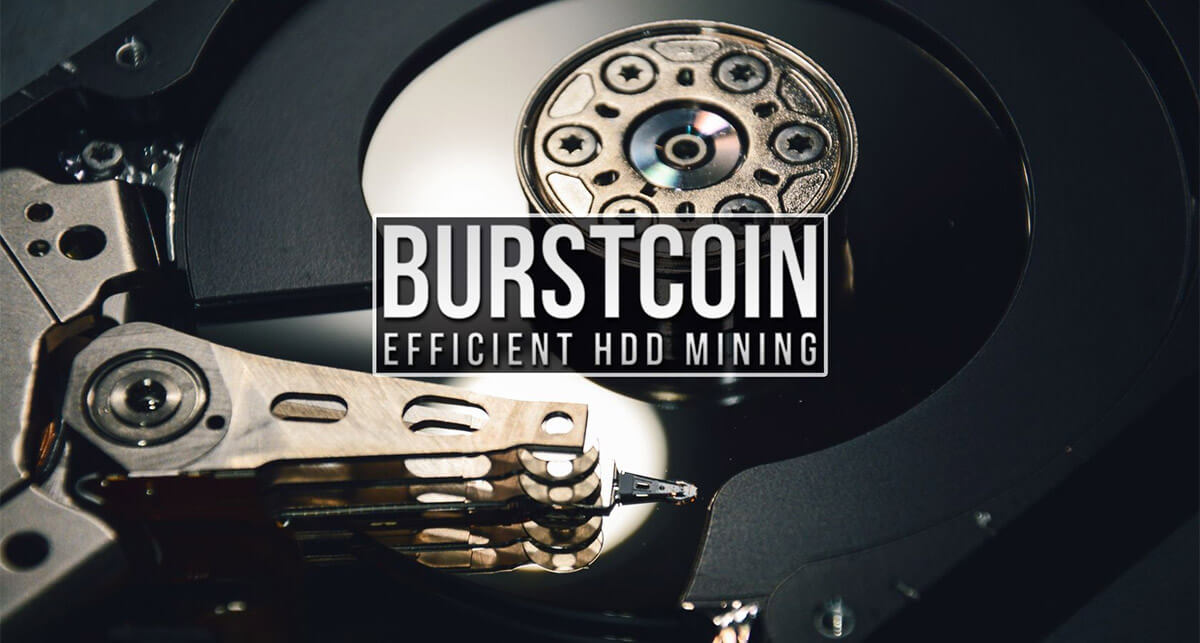 This is awesome because mining for BurstCoin won’t cause my electric bill to skyrocket. I’ve heard some horror stories about some huge energy bills when mining Bitcoin. 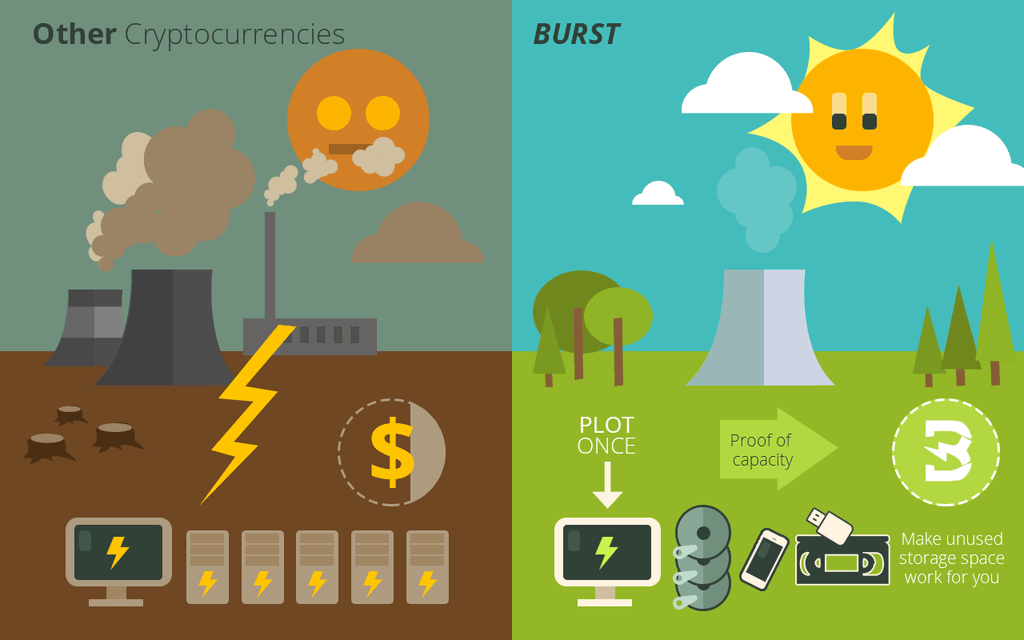 The low energy bill is huge, but not only that, the cost to get started is low as well. External Hard Drive storage is super cheap! I went out and bought an 8 Terabyte drive at Best Buy for only $140.

I have not started mining yet, but at the time of this post my 8TB drive is almost completed plotting. This is a nice lead into a side note.

Side Note: You will not be able to start mining right away, there is a step you have to do before you can start mining, which is called plotting. Plotting is the process of preparing your drive with the data and functionality required to start Mining (just FYI this is not a hard drive sharing process where you are rewarded for offering your HDD space for others to use) it’s simply large HDD space plotted to solve the Burst Coin BlockChain algorithm. Be sure to learn more about Plotting and Mining at the Burst Coin official website: https://burst-coin.org

I may have missed the Bitcoin money train, but I have some high hopes for Burst Coin. All the energy consumption and time required to mine Traditional Cryptocurrencies consume too much energy and time, but Burst coin is ahead of the curve and is the first Proof of Capacity (HDD mineable) coin.

So, why should you mine Burst Coin? There are so many reasons, but here are the top 5.

I'll be sure to write follow up posts on how much I'm making from my mining efforts. Make sure you don't miss out and you can start mining Burst Coin as well :)