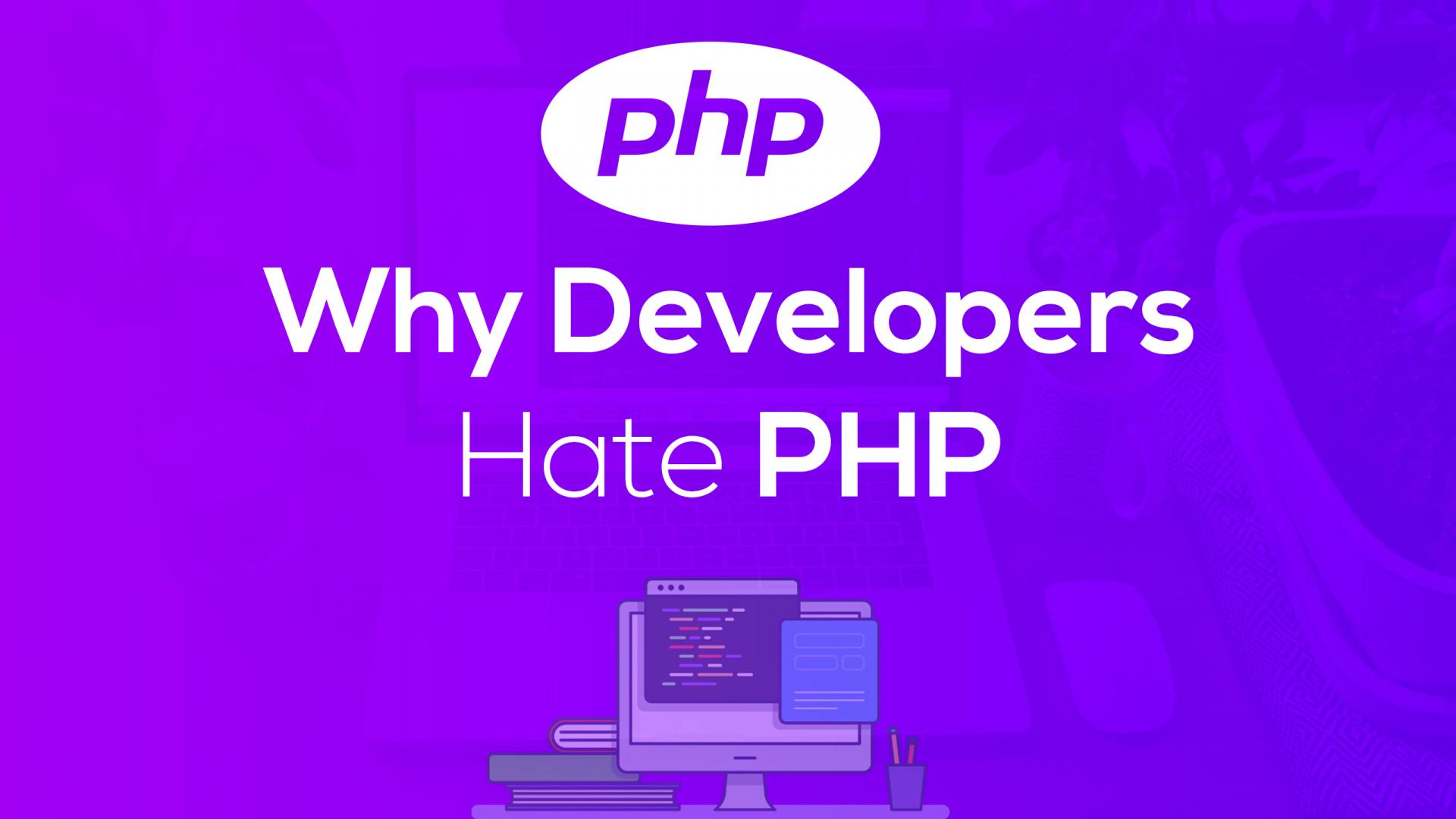 I am a developer and I'm also very fond of PHP, which seems to get dragged through the mud a lot. I used to refrain from telling people that I was a "PHP" developer, afraid that I would get mentally classified as "that kind of developer". Why does PHP have such a bad reputation? Is PHP dead? Should people still learn PHP?

Join me down this road and I'll answer some of those questions and provide some insight on my perspective. Oh yeah, and I'll throw in some cheesy puns along the way.

Why does PHP have a bad rep?

It's very clear that PHP is taunted amongst the newer "hip" server-side languages such as Node and Ruby, so why is this?

PHP is one of the most widely used languages among sites on the internet. That can be attributed to the popularity of Wordpress, which runs nearly 35% of the web today according to WhoIsHostingThis. This means that one-third of the world maintaining these applications has to deal with legacy versions of Wordpress including poorly built plugins and themes. This results in many complaints in the dev community about how much of a piece of shit Wordpress and PHP are. With that large of the web running on Wordpress, you're bound to run into issues and problems.

Another reason is that all these coding boot camps teach new developers Node, and they soon get the mindset that anything else is subpar. I don't blame them, it makes sense because people will advocate for what they know best. But when these new developers get wind of a PHP bashing party, they quickly board the PHP bash train and throw in their reasoning for why PHP sucks. They will also proclaim that PHP is single-threaded and render-blocking and that is why PHP is worthless in their opinion. And to that, I say, "asynchronous functionality is a blessing and a curse", it presents many problems not seen at the surface that other single-threaded languages don't have to deal with.

Don't get me wrong, I enjoy working with Node as well, but every language will have their advantages and disadvantages.

We are all developers trying to create cool shit and the tools/languages we choose are mostly irrelevant. What it comes down to is using the best tool for the job, or even the tool that you know the best.

PHP has a bad rep because it is widely used and there is so much legacy code out there, but due to the growth of PHP and frameworks like Laravel, PHP is a language that shows no signs of slowing down and is capable of creating some cool web applications.

Don't let other's opinions of a language "block" you from learning something new. Perhaps you need to mktime() to learn the awesomeness of Laravel and PHP. I promised you a cheesy pun ;)

Far from it my friend. PHP has been gaining more popularity in the past couple of years. And of course, the reason for this is the awesome work done with the Laravel framework.

If you're not familiar with Laravel, the coolest thing since pop rocks, you really should give it a try. Laravel offers so many amazing features that can help you kickstart your application. Does your app need authentication or perhaps billing? No problem, this can be accomplished within a couple of minutes using the awesome features and packages provided by Laravel.

The community behind Laravel is also pretty amazing. Most developers in the community are helpful, kind, and insanely smart. There are so many projects coming out of this ecosystem.

Thanks to Laravel, PHP itself has been getting more updates. it seemed like PHP was stagnant back in version 5, but within the last couple of years, we have gotten a few new versions of PHP. We are actually in the midst of PHP version 8.

So, is PHP dead? Not at all, it seems to show signs of increasing in popularity for years to come. PHP is here to stay, it will never die(), sorry... another pun ;)

Should you learn PHP?

Absolutely! With the rise of popularity, learning PHP will be extremely beneficial. There's also no shortage of PHP jobs, so you can be almost certain that if you are proficient in PHP, you'll be able to find a job.

As with most things in life, it's good to have a variety of options available. When it comes to programming in general it's extremely beneficial to have an arsenal of languages locked and loaded. The real important thing to lock down is the fundamentals of programming architecture including working with databases, APIs, Caching, Authentication, Encryption, Testing, and a few more. All of which can be learned by most languages.

I prefer coding in Laravel because it makes building applications extremely fun and enjoyable.

We're all programmers, a special breed of unique and intelligent individuals. We all want to learn and create cool things, so let's focus on that and encourage each other along the way.

When someone asks me what kind of programming languages I use. I proudly proclaim that PHP/Laravel is my language of choice.