Include HTML inside of HTML 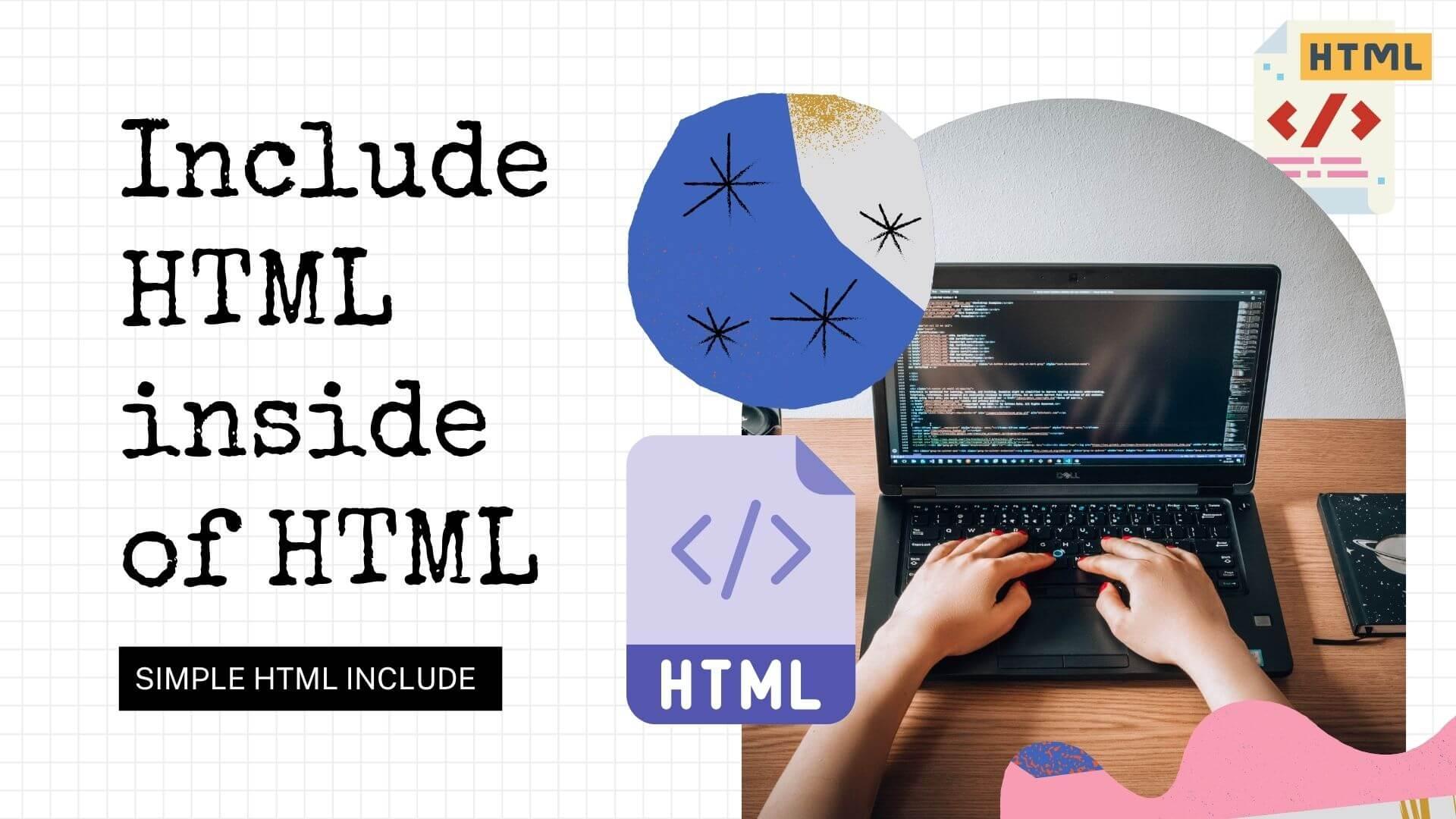 I was searching for a simple solution that would allow me to include an HTML partial inside of another HTML file without a server-side language or the need for a javascript build process.

When I searched the inter-webs for an easy solution, I stumbled upon this CSS Tricks page titled: "The Simplest Ways to Handle HTML Includes"

On this page, chriscoyier (the creator of CSS-Tricks), wrote a snippet that looked like this:

And, the next line stated that this was not Real, but he wish it was. The rest of the article explains different frameworks and languages for accomplishing this.

Well, that made me wonder why this wasn't possible, and that sent me down a small rabbit hole 🐇 of discovery and creation. I created a simple script that you can include in your HTML page to make this possible.

I published the script on NPM here: https://www.npmjs.com/package/htmlincludejs, and it's as simple as including the following script in your page:

And now you can render HTML inside of another HTML file using the following tag:

Super 👏, you can see a really quick example from this codesandbox below.

Here is the code inside that sandbox:

Let's learn how simple this is to implement by hand.

The way this works is actually pretty easy. Take a look at the unminified script below:

All that we are doing is looping through any <include> tags and then we are doing a simple javascript fetch to retrieve the contents of each partial and place it after the <include> tag. We then remove the include tag and we are good to go 😉.

Here are a few more CodeSandbox examples below.

You can see that we can also include some simple [AlpineJS] magic into our partials, and the javascript still works :)

How about another example that uses some TailwindCSS.